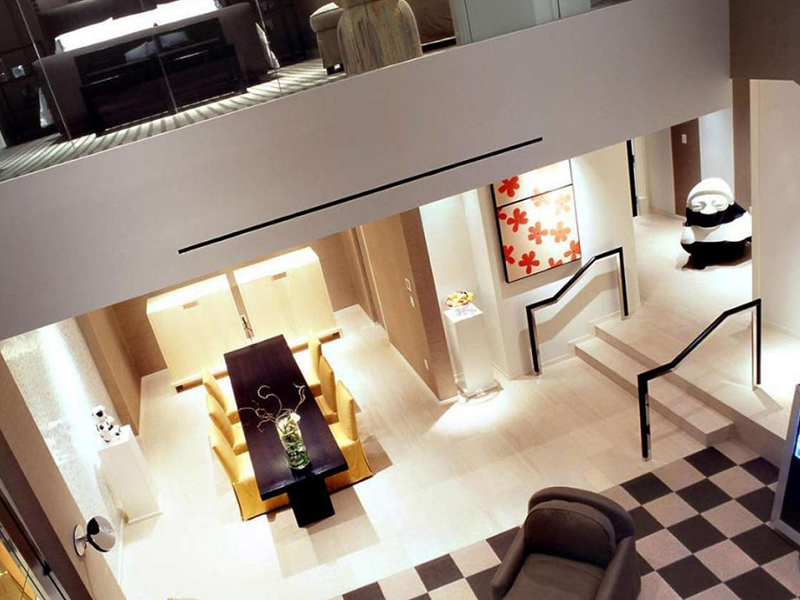 This contemporary 1,400-square-foot suite is spread across two levels. It has a master bedroom with one king bed, and there's a large living room and dining area. The entire space is filled with modern furnishings and artwork, multiple flat-screen TVs and an array of high-tech/luxury amenities. The master bathroom comes with an immersion-chamber shower and a separate infinity spa tub. There is also a half bathroom on the lower level.